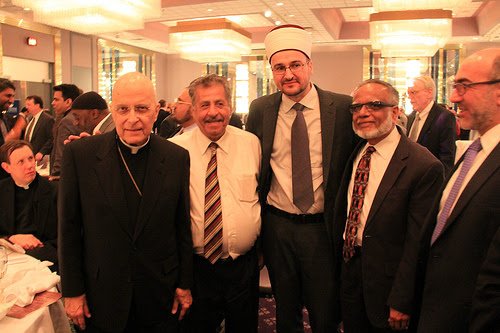 The Council of Islamic Organizations of Greater Chicago (CIOGC) honored His Eminence Francis Cardinal George at a special dinner for his years of cooperation with and support of the Muslim community. Despite the recent health challenges, the Cardinal attended, was appreciative of the award presented to him, and spent a lot of time having conversations with guests. A diverse group of nearly 300 Muslim and Catholic leaders gathered on Wednesday, April 2, and left with renewed friendships and willingness to work together. The Islamic Cultural Center of Greater Chicago was invited to this event and Imam Dr. Hazim Fazlic participated in the program Imam Dr. Hazim Fazlic opened the event by reciting the Qur’an Other members who attend this event were Muhamad Dabbouseh, Mesud Kulauzovic, Saban Torlo, Salih Zukic,  Zakir Zec, Muhammad Al-Ahari and Ferid Sefer with spouses.

Council Chairman Dr. Mohammed Kaiseruddin expressed his appreciation of the Cardinal, “we thank and honor the Cardinal for making time for the Muslim community, for being generous in sharing Catholic resources for common good and for promoting a deeper understanding of our faiths through scholarly dialogues.” Dinner Chairman Talat Othman, who was instrumental in developing and organizing the dinner, said “we thank the Cardinal as our faith tells us to be thankful to man if you want to be thankful to God.” Interfaith Committee Chair Dr. Shakir Moiduddin, past Council Chairman Dr. Talal Sunbulli, and Professor of Islamic Studies Dr. Inamul Haq also paid tribute to the Cardinal in light of their personal experiences.

Upon receiving an Award of Appreciation by the Council, the Cardinal spoke of the necessity of being a good neighbor. “The goal of our relations should be to know our neighbors personally.” he said. Emphasizing one of his guiding principles in life and ministry, Cardinal George explained that “if you get relationships right, all the rest will follow.” This openness to fostering and developing relationships with Muslims in Illinois sets a tone for mutual understanding and interfaith community building, but also reflects the deep ties to the Abrahamic faith that Catholics and Muslims share.

By working together on issues related to religious freedom, immigration, poverty, hunger, and discrimination, while also cultivating scholarly dialogue and projects via the Catholic Theological Union, the bond between Catholics and Muslims in Chicago has deepened in both faith and action through the visionary leadership of Francis Cardinal George.

It was a very successful event and as M. Cherif Bassiouni Emeritus professor of law at DePaul University stated, ”The Catholic-Muslim dialogue has also been enriched in the field of graduate theological education by the catholic-Muslim Studies program at Catholic Theological Union in Hyde Park.” 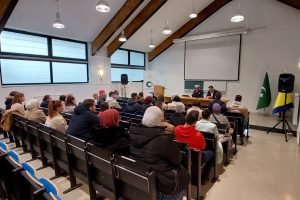 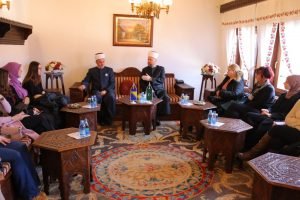 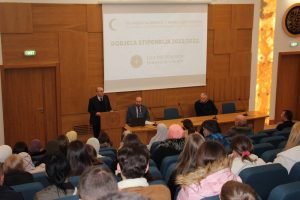 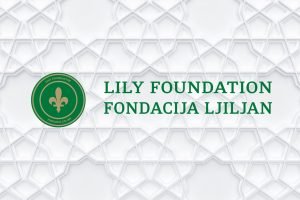