English:
A Historical Perspective:
On Saturday, September 8, 1974, a ground-breaking ceremony took place in a lot of little over 2 acres purchased by BACA (The Bosnian American Cultural Association), and the presence of approximately 200 individuals. Representatives from both the Muslim and the Non-Muslim communities were invited in order to reflect the Center’s Islamic as well as American identity.
On June March 21, 1976, the first phase of the Islamic Cultural center consisting of administration offices, library, weekend school classes, Nursery, and social hall opened its doors on 1810 N. Phingsten Road in Northbrook, Illinois.
Ceremony of the Center’s second phase (the mosque and the minaret) Ground Breaking was held on June 29, 1984. The first Minaret in the area was finished and the Mosque’s external works were completed.
For Muslims, the Mosque has a distinctive spiritual function. It is the place which rekindles the Muslim’s spirituality, and which provides a sense of sanctity, calmness, and inner peace.
ALLAH (SWT) says in the 24th Sura (Chapter) of the Holy Qur’an:
“In houses (mosques) which ALLAH has ordered to be raised and exalted, and that HIS NAME is remembered therein. Therein Glorify HIM in the mornings and evenings (36) Men whom neither trade nor sale diverts them from remembering ALLAH, nor from performing prayers, nor from giving alms. They fear a day when hearts and eyeballs will be overturned (37)” 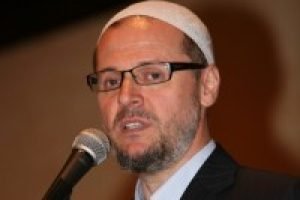 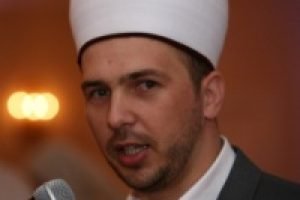